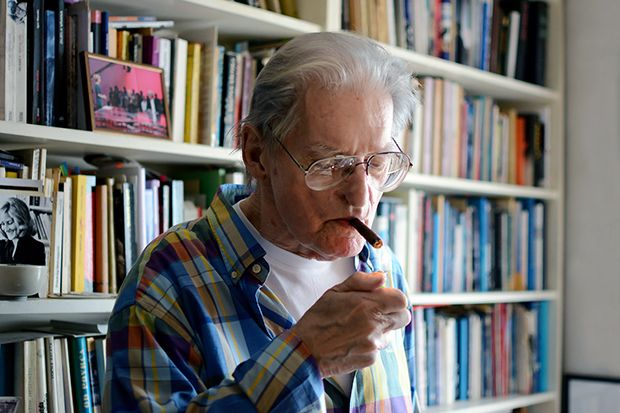 The acclaimed Croatian author, journalist, literary critic, and essayist, Igor Mandić passed away on March 13th, 2022, in Zagreb at the age of 83.

Mandić was born in Šibenik on November 20th, 1939; and graduated in Comparative Literature at the Faculty of Humanities and Social Sciences in Zagreb. He spent most of his professional years in the newspaper Vjesnik, first as a literary and music critic and later as an editor, while contributing to other newspapers and journals such as Slobodna Dalmacija, Jutarnji List, and Novi Plamen. Mandić’s literary work consists mostly of essays, socio-culturological feuilletons, and literary critics. In 2005, the Croatian Journalist Association awarded him with the Lifetime Achievement Award.

His last published work, Deathbed Diary (2017), a memoir and essayistic exploration of death, received amazing reviews from critics, authors and readers alike becoming one of the biggest hits of the year. An exceptional intellectual and uncompromising critic, Mandić left a strong legacy behind.